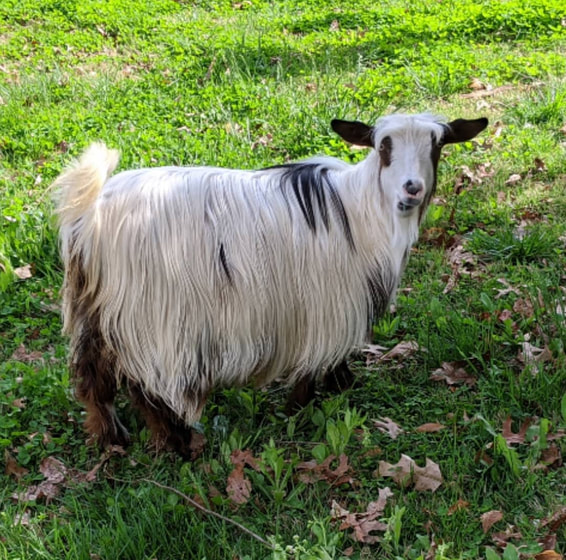 Isabeau at 11 months old
Named after one of the best 80's movies ever, Isabeau is a lovely little doe is out of our beautiful Mch Bear Creek's Bailey and Best in Show winner Mch Full Circle Special Reserve.

Cosette is one of our 2011 babies out of Lorna Doone and MCH Bee Bop Kid.  She is a beautiful petite doe, coming into a silky white and chocolate coat.

Sweet Pea is a March '09 sweetie that is just gorgeous! She has a soft, white and red extreme coat. 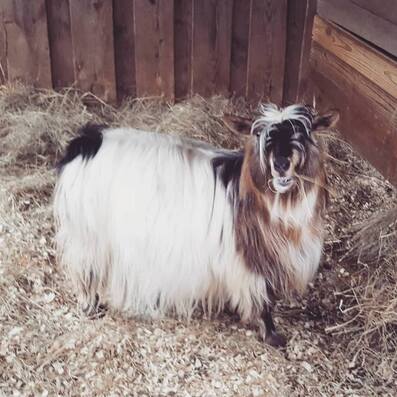 ​Jewel is the cutest, sweetest little doe!  We just adore her! Looking forward to showing her off in the show ring! 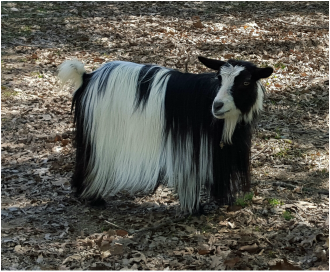 Sol-Orr's Sherry, mini silky doe, photo courtesy of Mike Kosciw
Sherry is a March 2011 new addition.  She is half sister to our beautiful 2 time Grand Champion Beaujolais and is sired by MCH Sol-Orr's Cinemax.  We adore Sherry, even though, she is, in all honesty, the noisiest goat on the East Coast! 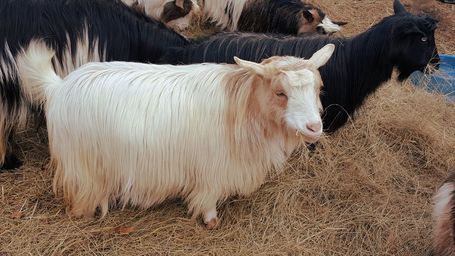 This spring 2012 doe is out of ECF Little Miss Sunshine and MCH Sol-Orr's Bee Bop Kid.  She is a beautiful tri color of golden blonde, white and dark silver.  She is very calm and laid back every bit as beautiful as her dam.
Bear Creek's Fleurie

This pretty doe is twin to Bailey and these two girls are inseparable!  Fleurie is blue eyed and a beautiful tri-color,  just like her dam. Her dam is Sol-Orr's Beaujolais and her sire is Sol-Orr's Montgomery. 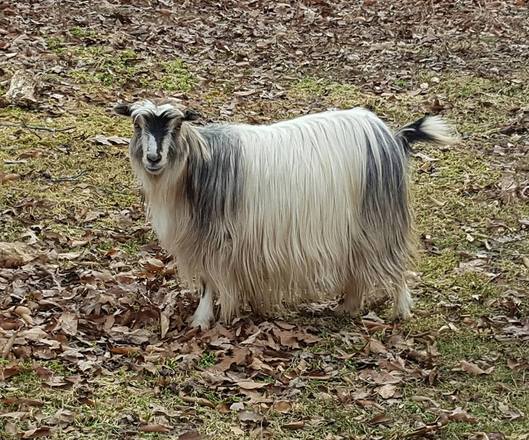