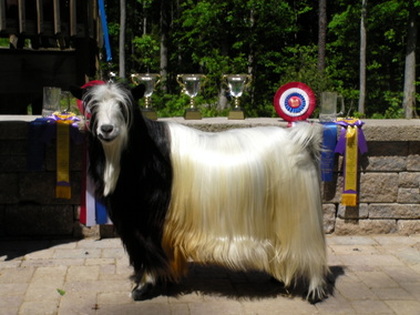 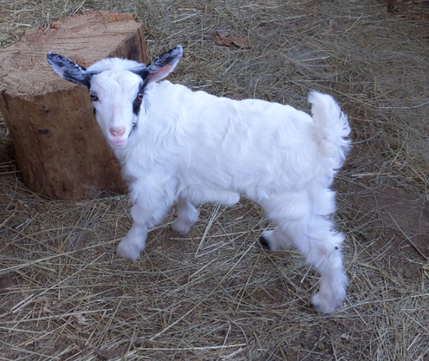 This is a new addition from Sol-Orr farm. We are very excited to add his genetics to our herd, and can't wait to start using him in our breeding program!

Bear Creek's Bodhi
Sire- Mch Sol-Orr's Bee Bop Kid Dam - Sol-Orr's Beaujolais
Bodhi is a beautiful tri-color buckling out of one of my favorite Does, 2 time Grand Champion Beaujolais.
He is super sweet and mellow, and his coat is amazing!  Lots of bangs and body coat, and pretty, colorful markings. Bodhi earned his 4th Grand Champion leg at the ODGC Mini Silky Shows in April 2014.  He also won Best In Show at the ODGC Sunrise Show! 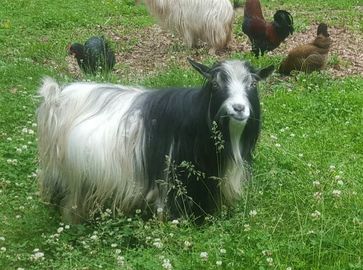 This is another buck that has really done well in the show ring.  He is a full brother to MCH Sol-Orr's Mirabel and half brother to two other Master Champions.  Pictured here at just about 8 years old, Montgomery has marbled blue eyes and has a soft, silky extreme coat.  Montgomery is retired now, but is still a cherished member of our family.